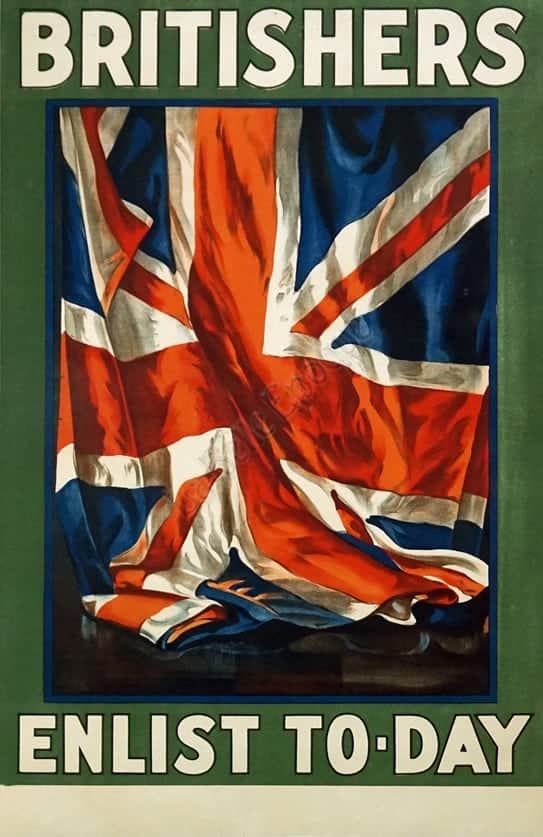 This WWI poster showing the British flag was published in NY in 1917 and was aimed at encouraging British citizens in the US to enlist. The poster lists 280 Broadway in Manhattan as the location of the recruitment office.

In January 1916, the British parliament passed the Military Service Act, which went into effect March 2nd, 1916. Men between 18-41 years old could be called for mandatory service in the Army. Men who were married, widows with children, or who worked in certain professions were exempt.

This poster is by Guy Lipscombe, who headed the Art department of British Weekly Car Magazine. We sell this poster with a very rare banner included (not linen backed): ‘British Subjects | It Is Your DUTY To Enlist In The British Or Canadian Army.’ This attachment explains eligibility rules & regulation, and is extremely rare. Attachment size: 21″ x 24″

The Motor, beginning in 1903, Lipscombe, who produced more than 40 covers for that magazine & for its rival Autocar, was also a war-artist during WWI.

Pictured in the poster is the British Flag hanging, Block lettering on top of Green formatting.