Inquire
Add To Wishlist
View Wishlist
Pictured is a set of four lithographs of the celebrated four part series painted by Norman Rockwell in 1943, titled ‘The Four Freedoms.’ Jan 6th, 1941:  President FDR delivered State of the Union Address.  His intention was to gather support for the ally troops in WWII.  Americans at that time were generally isolationist, and wanted nothing to do with the problems of the World.  They felt that the huge Atlantic Ocean was their protection from becoming entangled in another war.  They didn’t want to be involved in the horrors of war already experienced in WWI. “In the future days, which we seek to make secure, we look forward to a world founded upon four essential human freedoms.  The first is Save Freedom of Speech and Expression everywhere in the world. (size: 40.125″ x 56″) The second is Save Freedom of Worship of every person to God in his own way – everywhere in the world. (size: 40.125″ x 56″) The third is Freedom from Want – which, translated into world terms, means economic understandings, which will secure to every nation a healthy peacetime life for its inhabitants – everywhere in the world. (size: 40.125″ x 56″) The fourth is Freedom from Fear – which translated into world terms, means a world-wide reduction of armaments to such a point, and in such a thorough fashion, that no nation will be in a position to commit an act of physical aggression against any neighbor – anywhere in the world.” (size: 40.125″ x 56″) This speech, while being beautiful, was ill-received, and barely applauded by Congress.  It was then that Norman Rockwell, an emerging artist, captured America’s imagination in a way that Franklin Delano Roosevelt’s words never could. His “Four Freedoms” illustrations – a Lincoln-esque working man standing up and speaking at a town meeting; a cluster of profiles of people in prayer; a mother and father watching over 2 sleeping children; and a family gathered around the Thanksgiving table. These were printed in four successive issues of the Saturday Evening Post in 1943, and was a tremendous success with the American public. In May 1943, representatives from the Saturday Evening Post and the United States Department of the Treasury announced a joint campaign to sell War Bonds and stamps. The original Four Freedoms paintings together with other illustrators’ works from The Post were displayed on a National Tour.  It brought in more than $133 Million in War Bonds and Stamps. Norman Rockwell Bio: Norman Rockwell was born in New York City on February 3, 1894.  Talented at a young age, he received his first commission at age 17.  Rockwell was so intent on pursuing his passion that he dropped out of high school and enrolled at the National Academy of Design. By 1916, a 22-year-old Rockwell had painted his first cover for The Saturday Evening Post—the beginning of a 47-year relationship with the iconic American magazine.  In total, he did 321 covers for The Post including Lindbergh’s crossing of the Atlantic in 1927. The 1930s and ’40s proved to be the most fruitful period for Rockwell.  Rockwell’s success stemmed to a large degree from his careful appreciation for everyday American scenes, the warmth of small-town life in particular.  Then, In 1943, he painted the Four Freedoms: Freedom of Speech, Freedom of Worship, Freedom from Want and Freedom from Fear. “Without thinking too much about it, I was showing the America that I knew and observed to others who might not have noticed.” In the final decade of his life, Rockwell created a trust to ensure his artistic legacy would thrive long after his passing. His work became the centerpiece of what is now called the Norman Rockwell Museum in Stockbridge. In 1977—one year before his death—Rockwell was awarded the Presidential Medal of Freedom by President Gerald Ford. Norman Rockwell died at his home in Stockbridge, Massachusetts, on November 8, 1978.

If for any reason you are NOT satisfied with your purchase, please email posters@LaBelleEpoque.com,  or call +1 (212) 362-1770 within 72 hours of receipt of shipment. We will email a confirmation of return. You must then return the poster(s) within three business days of our email confirmation via insured shipment at your expense (Customer is responsible for loss or damage) to: 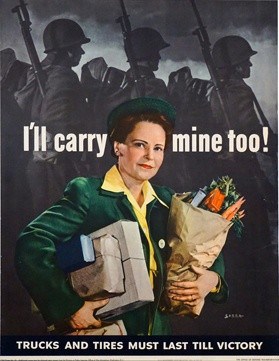 U.S. Government Homefront Poster 'Trucks and Tires Must Last Till Victory' by Sarra, 1943 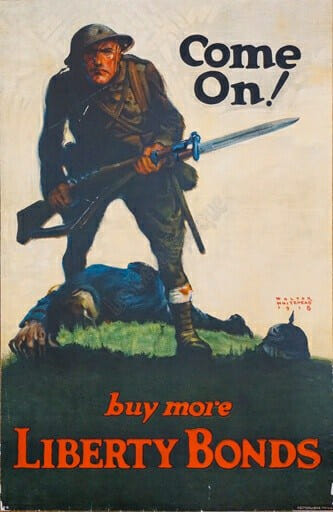 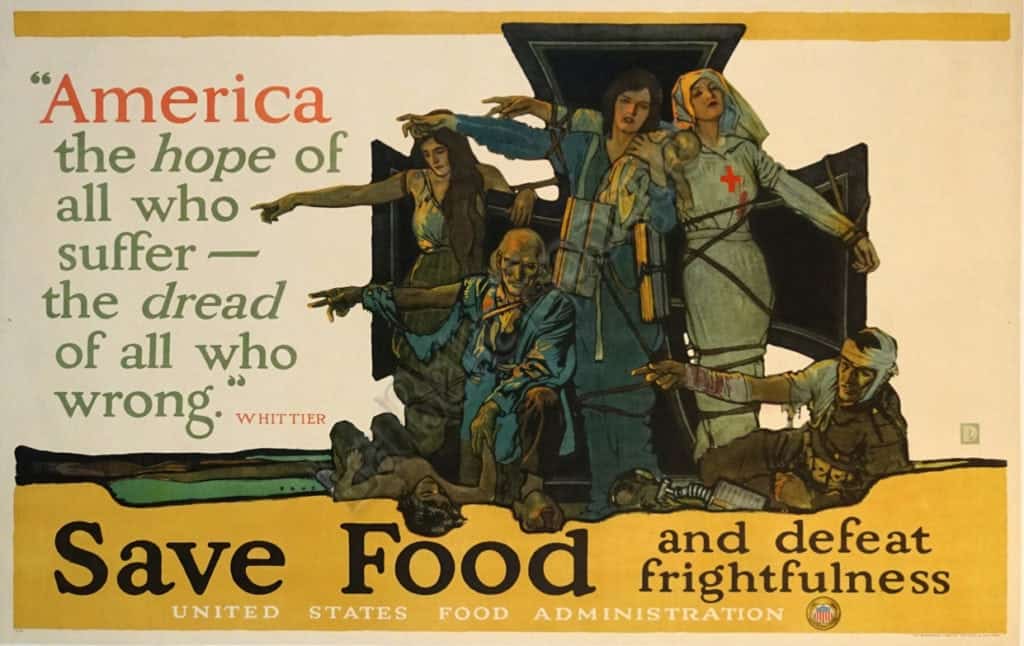