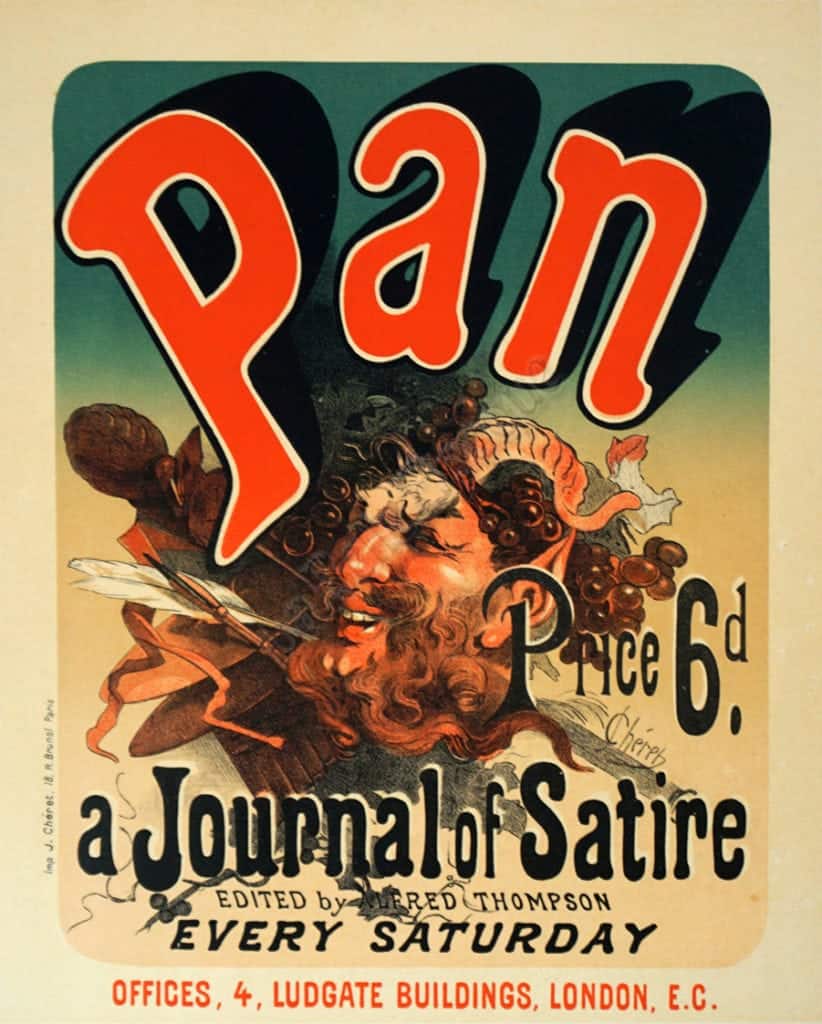 This artwork is from Les Maitres de L’Affiche series; miniature versions of outstanding stone lithograph artworks of the most important advertising posters by the finest artists.

“A satirical journal named after the mischievous god of revelry is announced by a design featuring, among other things, grapes. Pan was also the patron saint of wine. This magazine was founded in Liverpool in 1865. There were at least a dozen others of the same name at different periods in Berlin, London, Paris, Milan, Lyon, Buenos Aires, Stockholm, etc” (Rennert, PAI-VIII, 1)

“Among Cheret’s earlier clients were publishers of newspapers, magazines and books. In the case of books, some of the earliest of which he also illustrated, Cheret selects a highlight, often a tensely dramatic scene, and depicts it in a straight illustrative style. A great many novels were published in this era on the instalment plan, either in papers or magazines, or thin booklets appearing on a weekly basis. Altogether, Cheret prepared some 120 posters for them, starting sometime in the late 1860’s. They were an important source of income for him during the years when he struggled to establish his reputation. For us these posters show Cheret’s growth as a poste artist before he settled down to the light-hearted style of his frolicking fairies” (Rennert, PAI-VIII)